Behind the Lens Footage from Good to Great Pt1 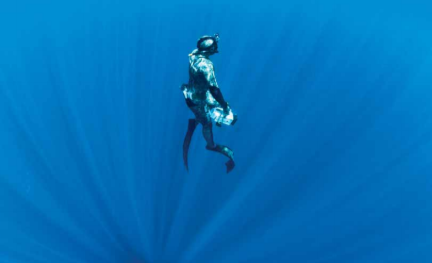 Photography and videography are a huge part of the spearfishing culture. You might argue that other extreme sports such as surfing, have higher budget productions and videos , which is true. However, on an individual level, it seems like every spearfisherman is getting some decent footage and great pictures for their own bragging rights.

What we do isn’t like “normal” fishing. It’s about the challenge and the story behind chasing the catch of a lifetime. There is a real sense of personal achievement amongst spearfishermen when they land that fish. It just makes the pictures even more precious. Before the avalanche of modern technology, pictures were simply framed and stuck on the wall. Now, with the advent of digital cameras and social media, the wall in your living room isn’t as interesting as the wall on your Facebook profile.

Digital cameras and cellphones have now replaced cellulose film almost completely. It is now super easy to take pictures, but it still takes skill and a keen eye to get good ones. The advent of the GoPro and Intova type video cameras have opened up underwater videography to the average guy. Previously, only the wealthy and exclusive divers had the privilege to film their underwater adventures, but now filming your dive and posting it on the web is commonplace. Some of the most mind blowing dives are filmed by the average guy in the street. In this case though, the term easier said than done, truly does apply. Even if you have all the right gear, it is very frustrating to get back from a dive and realise that you didn’t capture the magic you just experienced. Behind the Lens is a series dedicated to helping you nail the perfect picture and videos of your most epic dives and prized catches. At USM, we acknowledge that there are guys out there who are just better at getting the shot than we are, so we got the best, to help us help you! This series will kick off with articles aimed at filming dives with mini action cameras. There is probably no better person to educate you on how to use these best than Richard “Snoek” Leonard. He is the director and cinematographer of the One Fish DVD’s, the brain behind the popular Top Shots YouTube series and a host of other brilliant spearfishing productions. Richard deals with the top, international spearfishing videographers on a weekly basis and truly knows what works and what doesn’t.

Because of the complex nature of filming, I am sure you will have a host of extra questions and comments. We have opened a special new thread on our website forum for these discussions. Make sure that you check this out for more information and discussions about getting that perfect shot.

Taking your footage from good to great

I have so much to share that I almost don’t know where to start! Over the last 8 years, I’ve focused on this very specialised form of cinematography. Hopefully, the level of spearfishing cinematography will continue to rise in this awesome and radical sport.

I’m going to start with the foundation of what it takes to get not just good footage, but great footage. You have to have your camera with you at all times. Not just with you on the boat, but with you in the water and ready to roll. The more you do this, the more chances you have at capturing the magic of what we experience in our wild and magical ocean. You might think that’s a mundane point to make, but if I had $1 for the amount of times I have heard “Man you should have seen what happened on my last dive,” without any footage to back it up, I would be a rich man!

Do your camera prep the night before your dive, not the morning of. It’s amazing how many of my friends leave their camera prep to the last second only to find that the camera battery is flat and they do not have enough time to charge it. They end up missing experiences of a lifetime that could have been caught on camera and re-lived forever. If you don’t regularly practice the first two points, the rest won’t mean much to you. The main factor in getting great footage is passion. This is the common denominator I have seen in all the good spearfishing cinematographers I have worked with. You have to be passionate about capturing the moment on camera, maybe even as passionate about cinematography, as you are about spearing. It is simply because you will have to sacrifice a portion of the spearfishing angle of your dive if you really want to capture a certain moment on camera. This will become much clearer as you read through the next few points.

To me, spearfishing is about filming and shooting. I do not separate them. The amount of fish I have filmed and shot badly are too many to count, but there are those 1 or 2 shots where everything came together perfectly. Some spearos think it is only about nailing an extremely difficult shot, but I disagree. There is nothing like nailing that difficult shot and nailing the film shot at the same time. It’s definitely twice as difficult to shoot the fish with both your gun and your camera, but it’s also so rewarding. You get to not only eat your catch, but also watch the hunt over and over again. If you have managed to pull this off at some point, you will know exactly what I am talking about. How cool is it to watch a great spearfishing shot on TV or online? Well, imagine how you would feel watching the shot you filmed, for everyone to enjoy. To pull this off, you are going to have to have your camera ready and be prepared to do this over and over and over again.

How far are you willing to take it? You need to be totally dedicated, because you are going to get frustrated. You will miss fish and feel very irritated with a camera in your hand, until it becomes a part of your diving routine. You always have to be willing to push through. Make the sacrifice, feel the discomfort and eventually you will come out on top. Learning to be a great spearfisherman and an equally good cinematographer is challenging, but it is not impossible. If you have the passion within you, I encourage you to push forward and to keep on filming!

In upcoming editions of this series, I will delve into the practical part of achieving amazing shots. Everything from mounting the camera and technical settings, to the things you actually should be filming. For now however, get started and get excited about the world of spearfishing cinematography.