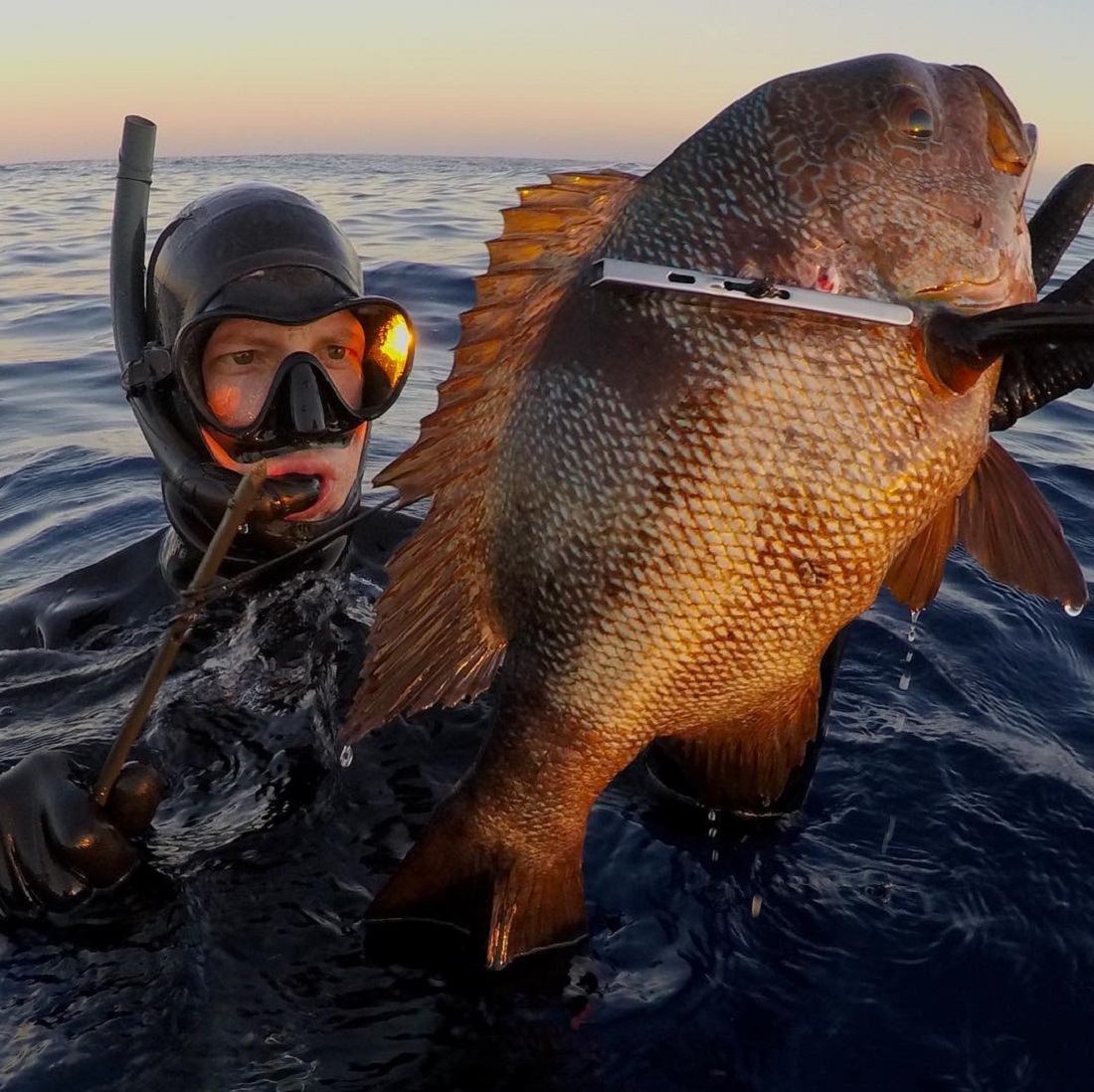 A drop barb is similar to that of a slip tip. The similarity is that both break away from the spear and toggle. When a slip tip deploys it must move forward to activate where as a drop barb deploys sideways.

The advantage of the drop barb over a slip tip is firstly accuracy and secondly, lower drag. Lower drag means better penetration. Most slip tips are somewhat inaccurate due to the fact the point of the tip is what guides the spears direction of travel. Slip tips can have slight play in their fitment to help with deployment but, this play can easily throw the spear off the path it should be travelling. When using a drop barb, the tip of the spear is fixed like a conventional barbed spear as it is part of the spear, so it is much more streamlined and therefore more accurate. Once shot into or through a fish, the drop barb will act the same as a fixed barbed spear at first by rotating to open, basically the same as that of a conventional barb but, it will only need to rotate about 5 degrees before deploying (changing from a barb to a toggle). While in a fish, the twin dyneema lines are less likely to cut into the flesh than a single stainless cable.

Advantages of a drop barb over a normal barb are, firstly it does not need to penetrate as deep. A drop barb needs only 130mm to embed but a normal barb needs 160mm. Secondly, once toggled, the fish does not have leverage against a spear. In terms of load strength, both the drop barb and the twin dyneema line has been tested to 200kg.

If ever hunting around reef with a slip tip, you are very likely to damage it and make it unusable. With a drop barb, the spear point might become blunt but can easily be sharpened several times.

When setting up, make sure the knot on the connecting line is trailing at the back as in the image below.

You will notice that the line looped through the spear is held in a recess behind the barb. Also notice where the line passes through the barb, there is also a small raised section on the barb. Both these features are set so to protect the attachment line from damage if shot through bone.

It is a good idea to trap the trailing end just under one of the guns bands. Fold this so you don’t trap the knot. It will still work fine if left loose but might become entangled with the barb if allowed to float around.

If using the drop barb spear on a roller gun, it is best set up like this below. The trailing line can be trapped as in the picture below (left to right) or, in the opposite direction (right to left).

The moment the spear is fired, the O ring drops back deploying the line. This readies the barb for deployment. While the spear is moving, the force of the water flow over it will keep the drop barb closed tight against the spear, no different to a normal barbed spear.

You will notice that there are 2 pins in the spear. The front cross pin is to hook the forked front of the barb and to stop it sliding forward. The moment the spear is out the gun it will start to slow due to drag. This means the barb will try to slide forward but instead will lock up on these front pins. The second pin it to prevent the barb slipping back while accelerating once shot.

To remove the barb, throw a half hitch over the blunt end and pull back through the fish. If you get it jammed in a bone, cut it out or, simply tie a new barb onto the spear and retrieve the first one later.